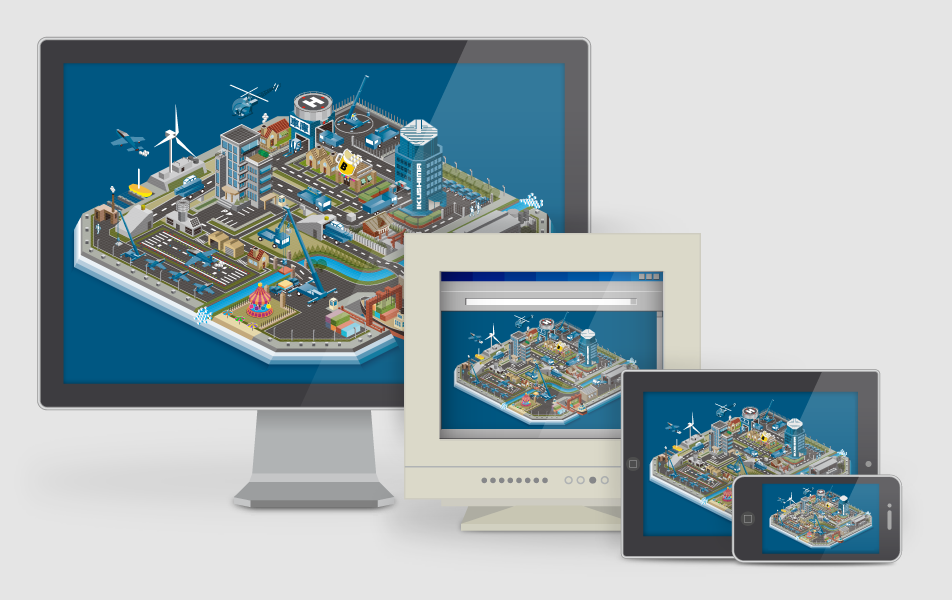 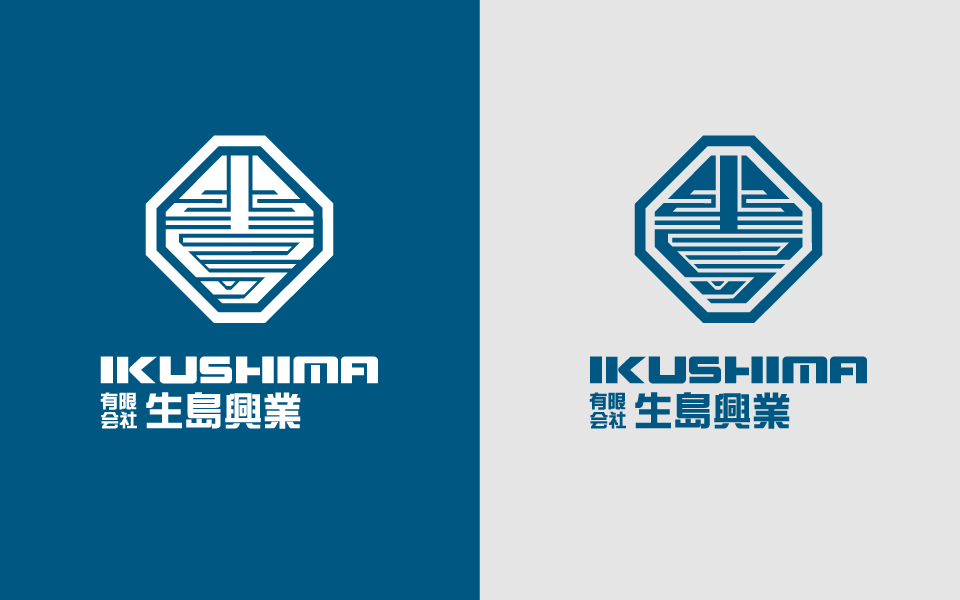 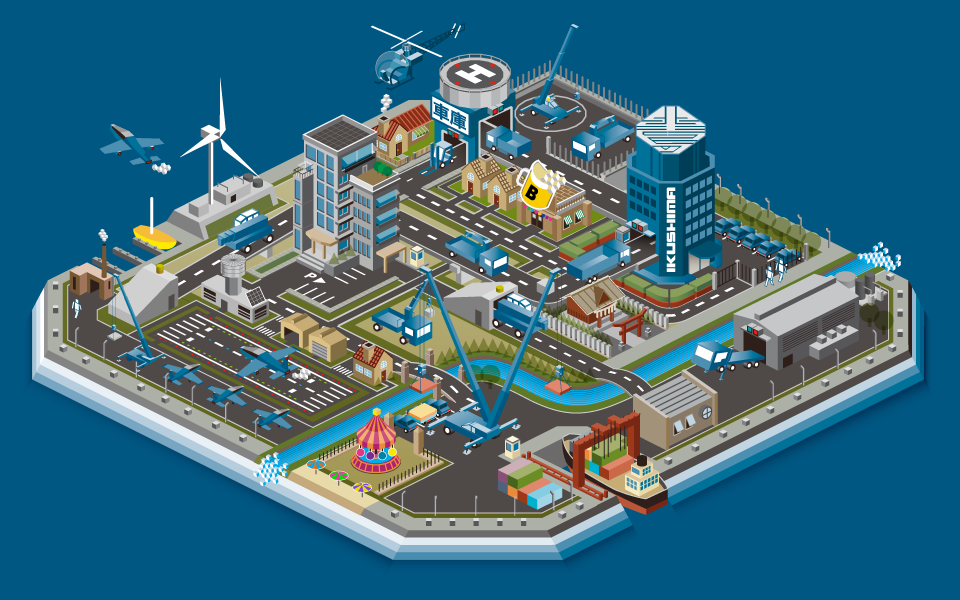 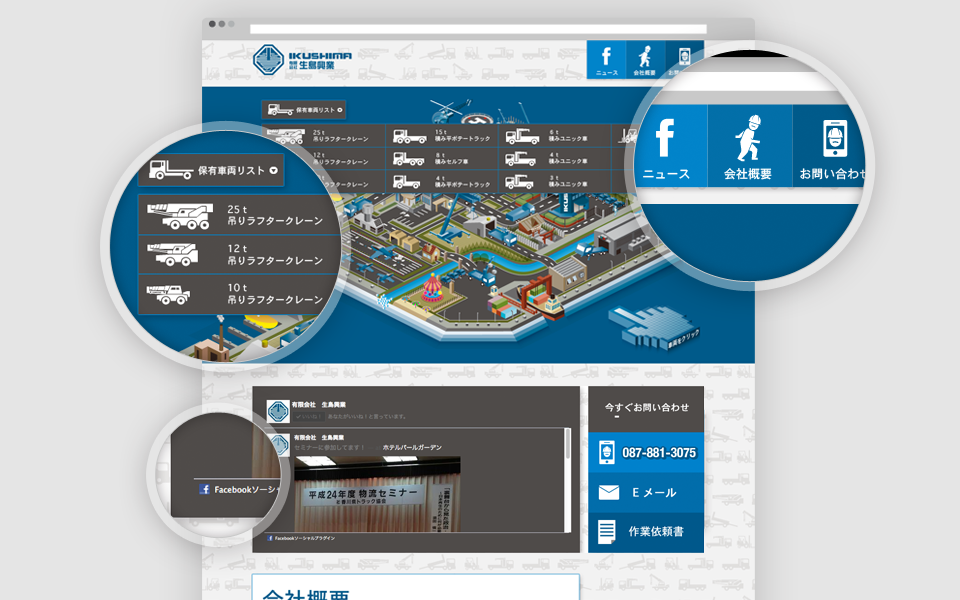 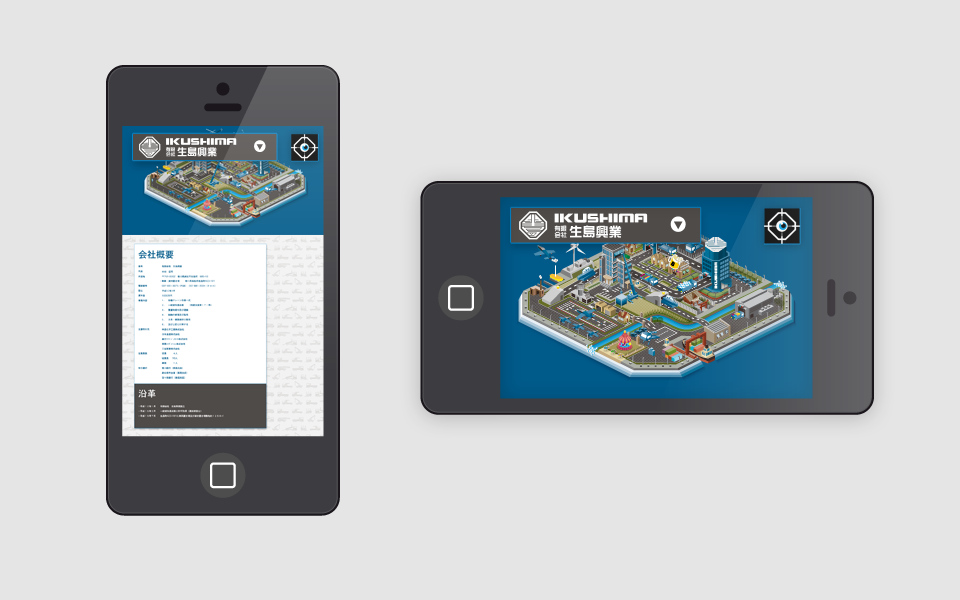 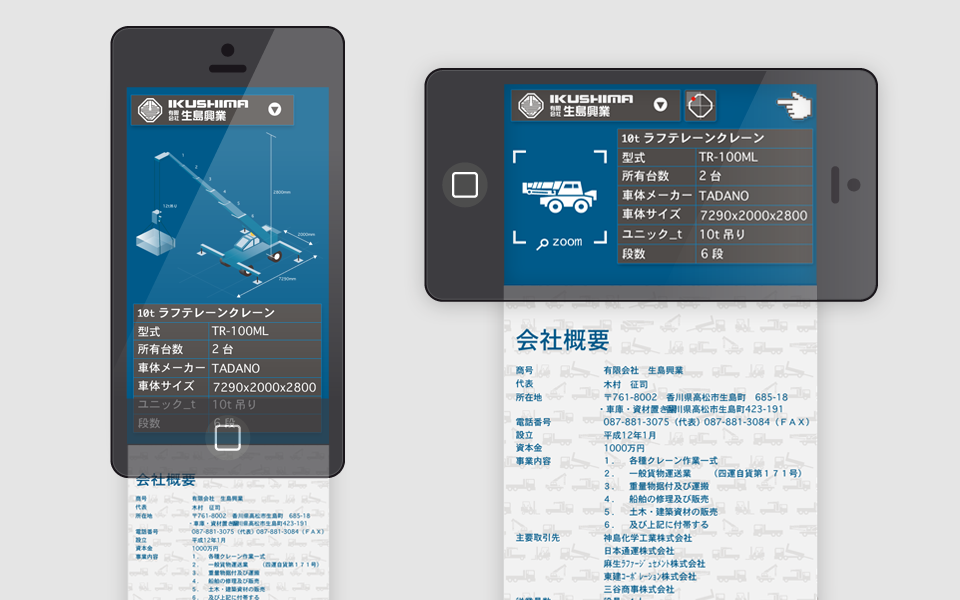 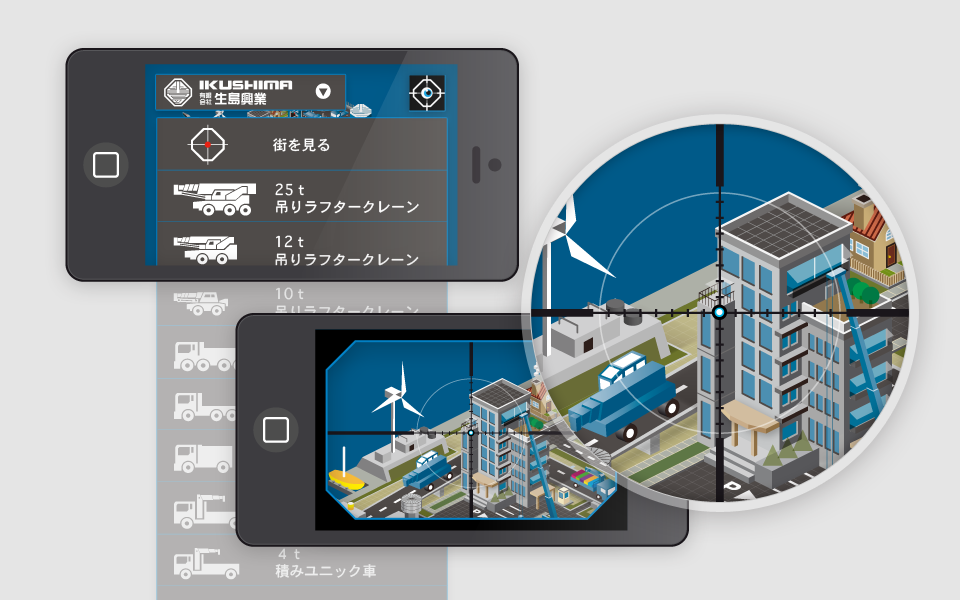 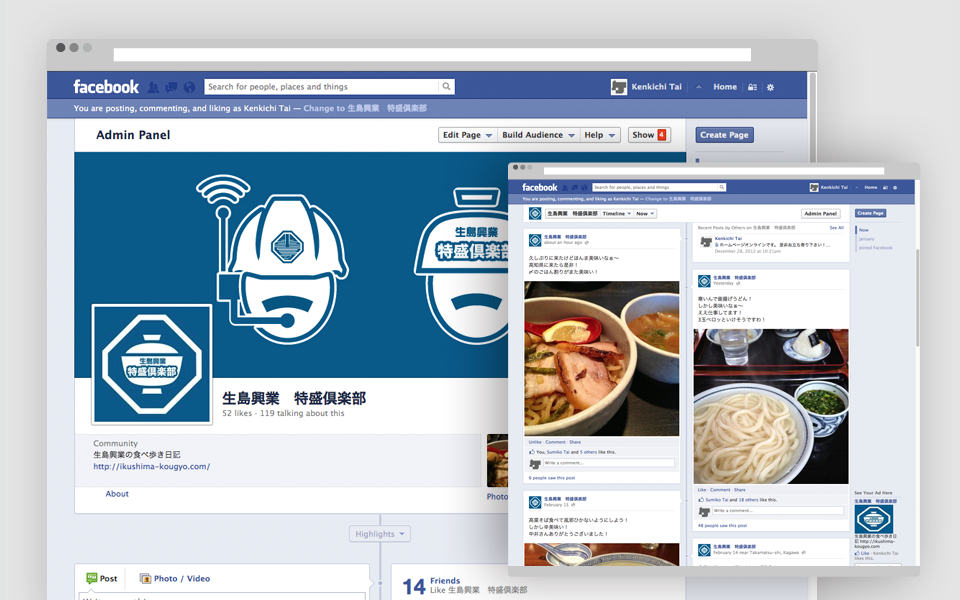 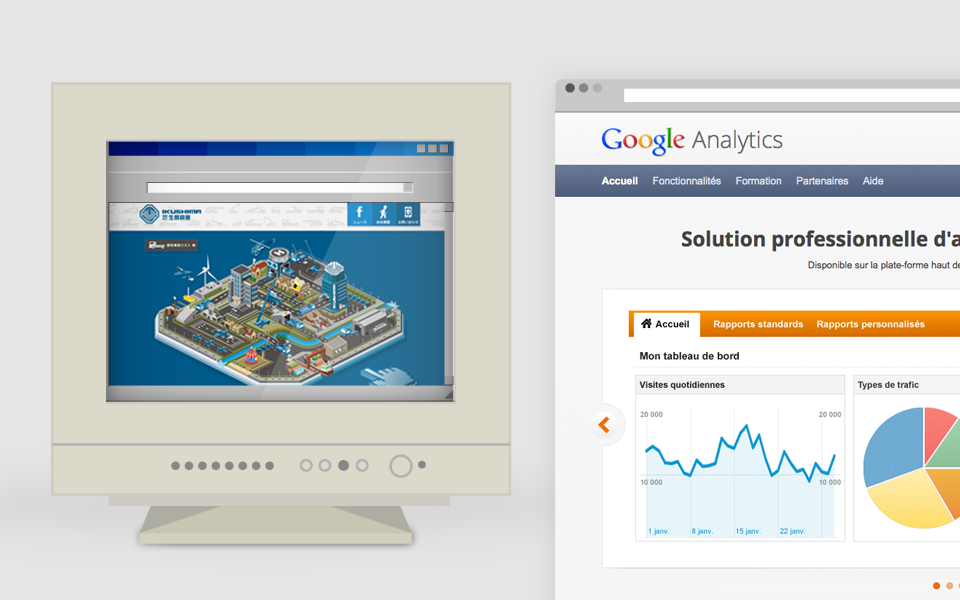 Ikushima is a company based in Takamatsu Japan that leases specialised cranes and trucks. The brief was to create a company identity and a new website.

The first step was to create an identity with industrial style. I then proposed an idea to use an illustration of a city with trucks and cranes, and a menu bar to present the vehicles they have. Third, I suggested using an animation with CSS transition for modern browsers (Flash animation for old browsers) to bring the city to life. For the mobile site, I created a different interface with viewport to show the details of the illustration. Data analysis of the site statistics showed that the most popular browser was IE9, and there were visitors still using IE6 and 7. Visitors using Macs were a minority, as this client’s business is based in a small town in south-west Japan. So the main goal was to support IE6/7/8. With this project, I was able to balance innovation, new trends and new technology with the needs of the target audience.